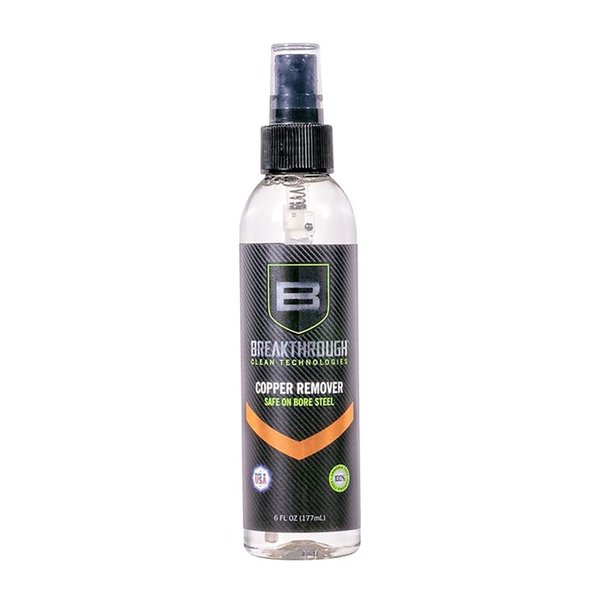 UGS : 100061330 Catégorie : Nettoyage d'armes
A Dedicated Copper-Removing Solvent That Won't Stink Up Your Shop
Eventually, if you shoot enough rounds through your firearm, you're going to have to deal with that inevitable build-up of copper fouling. Usually, this is a nasty job involving nasty solvents that require all kinds of air circulation and awful smells. Not so with Breakthrough Clean's BCT Copper Remover. Instead of using harsh solvents that can harm your health, this Breakthrough Clean BCT Copper Remover is an odor-free, user-safe, environmentally friendly cleaner that uses no petroleum or ammonia in its formula. It quickly and effectively removes copper build-up in your gun's bore, and it'll do that without harming the metal underneath. It also leaves a thin film that minimizes copper build-up in the future and makes it easier to remove when it eventually does happen. Breakthrough Clean's BCT Copper Remover is available in 2- and 6-ounce bottles.
Lire plus