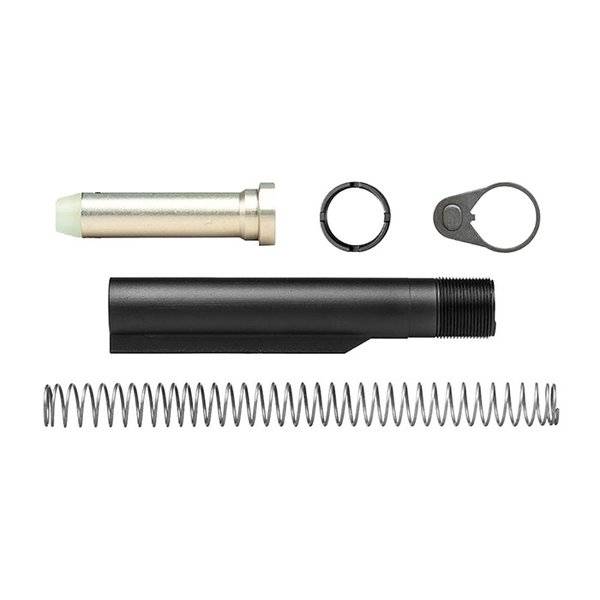 UGS : 100036680 Catégorie : Crosses et accessoires
A Complete Buffer Kit for Your AR-15 Carbine
With the popularity of short, pistol-length, AR-style firearms on the market, more of today's AR owners are seeing a phenomenon that occurs on semi-automatic firearms with short gas systems: overgassing. The result of overgassing is increased wear on internal components, as well as increased felt recoil. To address these issues, Aero Precision launched its AR-15 Carbine Buffer Kit. Several options are available in the company's Carbine Buffer Kit lineup. Each kit ships with a mil-spec buffer tube machined from 7075-T6 aluminum and features slots for a six-position buttstock. The kits also include a buffer spring, end plate and castle-lock nut. However, where the kits differ is in the weight of the included buffer. The Aero Precision AR-15 Carbine Buffer Kit can be had with a standard buffer spring, a H (Heavy) buffer, an H2 buffer or a heavy H3 buffer, so AR owners can fine-tune their operating system to reduce overgassing. Buffer weights are 3 ounces, 4 ounces, 4.6 ounces or 5.6 ounces, respectively.
Lire plus